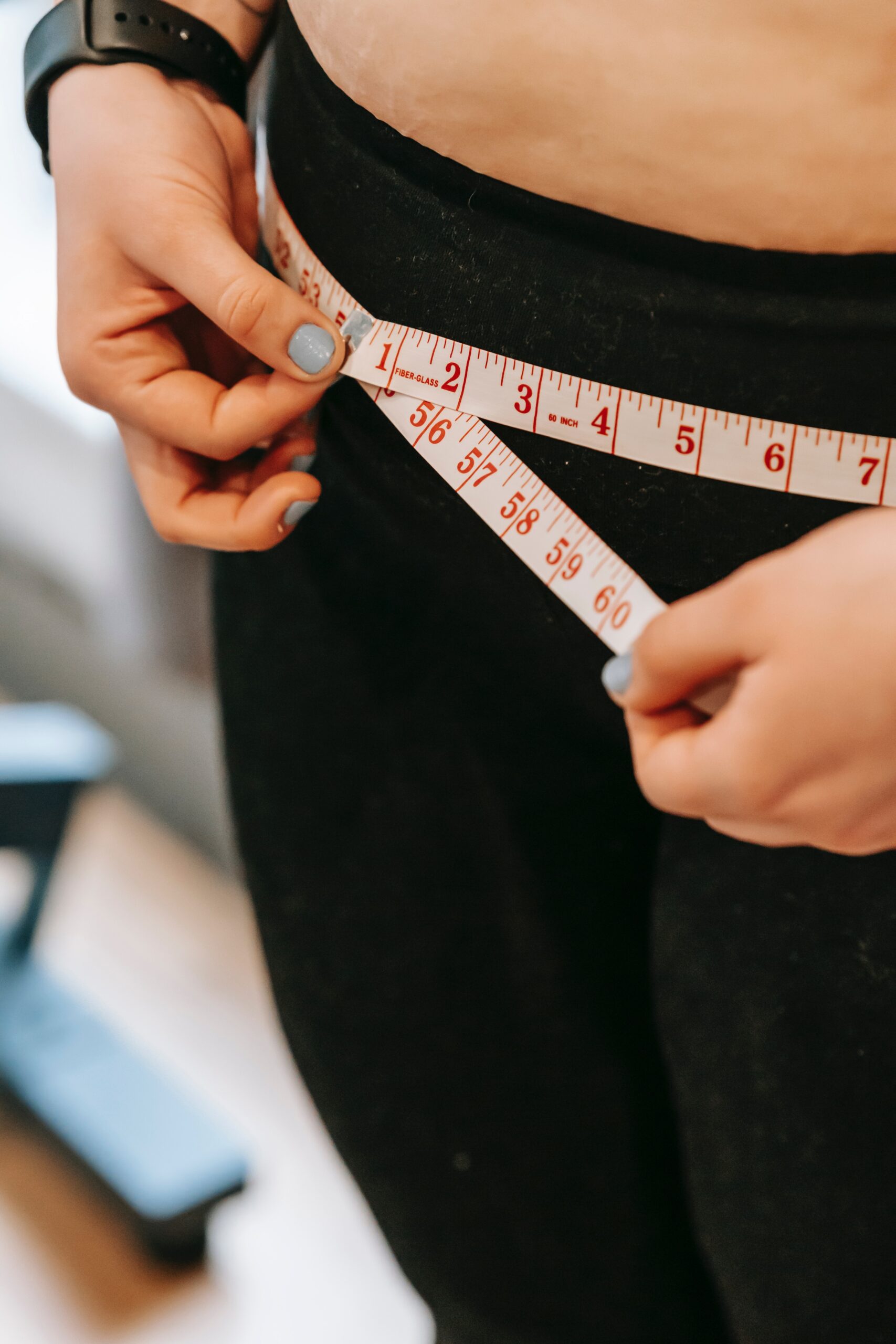 The visceral fat that surrounds the liver and other internal organs in the abdomen, close to the portal vein that supplies blood to the liver, is referred to as belly fat. Although the body may be harmed by this fat, abdominal fat can be reduced with the right steps. However, id2health does not endorse the technique of spot reduction. However, we examine what may be done to lose belly fat.

Baked goods, pastries, muffins, yoghurts, breakfast cereals, granola and protein bars, prepackaged foods, sugar-sweetened beverages, and other processed foods are examples of common foods in the diet that can be high in added sugar.

2. Alcohol: Another possible cause for belly fat  is alcohol. Studies have linked the excessive consumption of alcohol to an increase in belly fat, with one study finding that men who consumed more than 3 drinks a day were 80% more likely to have excess body fat.

3.Lack of physical activity: A person will gain weight if they consume more calories than they burn off.

An sedentary lifestyle makes it difficult to lose excess fat, particularly around the abdomen.

4. Anxiety: Cortisol, a steroid hormone, aids the body in controlling and dealing with stress. When a person is in a risky or stressful situation, their body produces cortisol, which might affect their metabolism.

When people are worried, they frequently turn to food for consolation. Cortisol causes extra calories to be stored around the stomach and other parts of the body for later usage.

5. Poor sleep: Lack of sleep leads to short sleep duration, which may result in an excess of belly fat. This study, however, cannot establish causality.

Short sleep duration is associated with an increase in food intake, which may contribute to the formation of belly fat.

Not getting enough quality sleep may also lead to bad eating habits, such as emotional eating.

Instead of limiting lipids, try limiting carbs.
When Johns Hopkins researchers compared the effects on the heart of losing weight on a low-carbohydrate diet versus a low-fat diet for six months (both containing the same number of calories), those on the low-carb diet lost an average of 10 pounds more than those on the low-fat diet—28.9 pounds versus 18.7 pounds. According to Stewart, another advantage of the low-carb diet is that it produces higher quality weight reduction. Weight reduction reduces fat, but it also causes a loss of lean tissue (muscle), which is undesirable. Both diets resulted in a loss of roughly 2 to 3 pounds of healthy lean tissue in addition to fat, implying that the fat loss percentage was significantly higher on the low-carb diet.

Consider an eating plan rather than a diet.
Finally, Stewart advises choosing a healthy eating plan that you can stick to. The advantage of a low-carb approach is that it only requires learning better meal choices—no calorie counting is required. In general, a low-carb diet moves your consumption away from issue foods—those rich in carbs and sugar and low in fibre, such as bread, bagels, and sodas—and toward high-fiber or high-protein options, such as vegetables, legumes, and lean meats.

Continue to move.
Physical activity aids in the reduction of belly fat. “One of the most significant advantages of exercise is that you get a lot of bang for your money in terms of body composition,” Stewart adds. Exercise appears to take off belly fat in particular because it lowers circulating insulin levels, which would otherwise tell the body to store fat, and causes the liver to use up fatty acids, particularly those near visceral fat deposits, he says.

The amount of activity required for weight loss is determined by your goals. This can entail 30 to 60 minutes of moderate to strenuous activity virtually every day for most people.

Even moderate strength training combined with aerobic exercise helps grow lean muscle mass, causing you to burn more calories throughout the day, both at rest and during exercise.

If you want to reduce weight, you must exercise as many muscles as possible. The burpee accomplishes this. The intense workout, which involves going from a push-up to a leap and back to a push-up, works every muscle from head to toe.

In fact, an American College of Sports Medicine study discovered that 10 fast-paced reps are just as effective as a 30-second all-out sprint at revving your metabolism, allowing you to burn belly fat faster than ever before.

Consider the mountain climber to be a moving plank. When you draw one leg into your chest explosively, you accomplish a little crunch.

What makes this motion so challenging is that your core has to work extra hard every time you lift a foot off the floor to maintain your body stable and straight.

Few activities are better than short, quick aerobic bouts for losing weight around your midsection — or anywhere else, for that matter. Instead of running 5ks every day, try HIIT. A research published in the Journal of Strength Conditioning Research discovered that a fast-paced HIIT workout burnt up to 30% more calories than a lengthier, lower-intensity session for the same amount of time. Begin with fifteen sets of 20 seconds sprinting followed by 40 seconds rest, progressively increasing your work:rest ratio.